Late on last year I stumbled on an article about dnote. Annoyingly, I can't recall now where I saw it, but I made a reminder to look at it over my Christmas break.

Dnote looked like a tool that would fill a hole I had in how I work. When it comes to making notes about things, and keeping things for future reference, I use a few tools, each one being just right (for me) for the job in question. I use Evernote to track documents and other household type things. I use Keep to make notes about stuff I need to remember short-term (say, the size of a space in my bedroom that I want furniture to go in) and also to record notes while in meetings at work. I use Journey to keep a journal about... anything, really. Finally, I use Pinboard to keep hold of URLs I might want to go back to (I also use it to create a to-read list).

Amongst all of this, however, I felt I was missing something for keeping track of things that don't really fall into any of the categories above. Mostly this would be work-based or hacking-based things that are short and sweet but I don't always use enough to easily remember. I wanted just the right tool that would let me ferret away useful one-liners, remind myself of obscure switches that get used once or twice a year, etc.

After reading up on dnote it seemed pretty clear that this was just such a tool.

After getting back to the office at the start of this month I decided to make use of it and see how it went. My idea was simple: I'd record any "TIL" stuff that I might want to remember in the future, as well as recording things I need now and again but can't always remember.

I found I liked it enough that, of course, I felt the need to start a simple Emacs wrapper for the CLI.

At the moment dnote.el is designed to be a simple capture system. There are commands for capturing a one-liner (entered in the Emacs mini-buffer), for capturing the content of the current buffer, and for capturing freshly-entered multi-line text, entered in a buffer that uses markdown-mode. There's also a command for syncing notes if you have configured dnote to talk to a backend.

What I don't have right now is the ability to navigate and view notes. So far I've not really felt the need for that because the CLI approach works so well. Longer-term though I can see my tweaking this and adding in commands for searching, viewing, editing and deleting notes.

But, for now, if you've not had a look at dnote, I'd highly recommend having a play and seeing if it makes sense for you. And, if it does, and you're an Emacs user, perhaps dnote.el will be useful too? 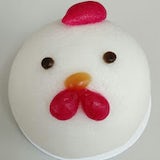 Great article.
I spotted a little typo near the beginning:

I also use different tools, org-capture, keep, oneNote...
But I feel that with that method, I need to remember where is the note I want. 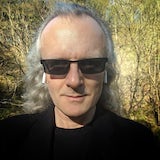 Developer, Emacs addict, geek. Hangs out with bioinformaticians as his day job.

Yeah, remembering where stuff is can be half the battle. This is one of the reasons why I try and keep things broken up by "class" of note. Doesn't always work perfectly, but does tend to help.